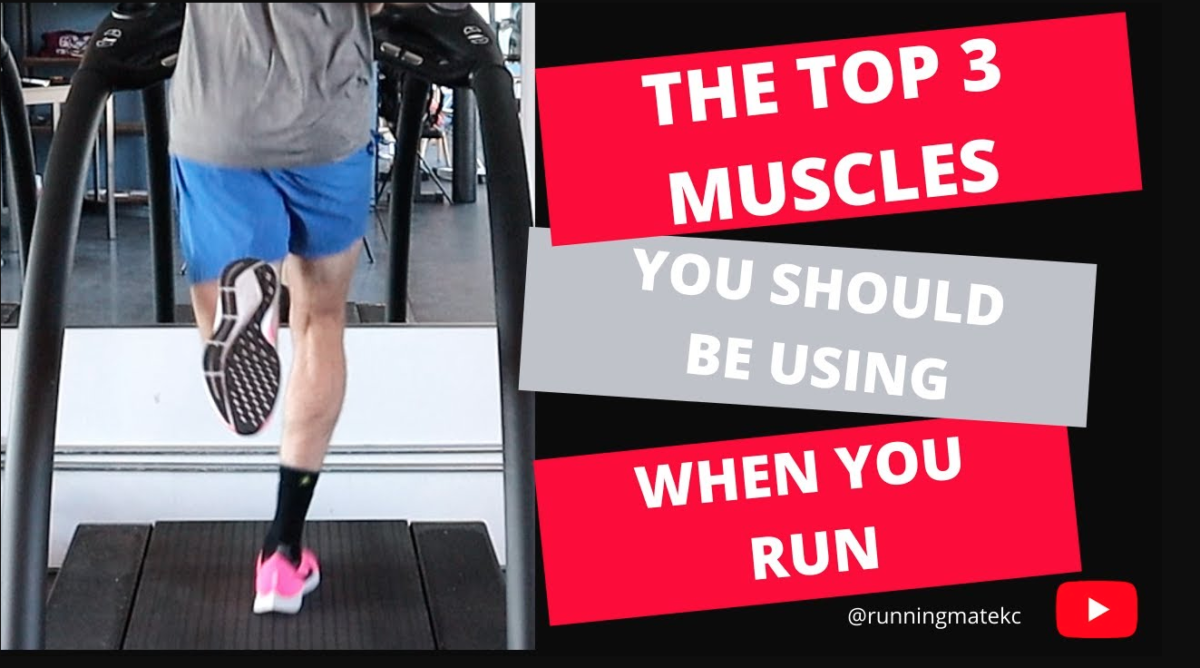 Am I using the right muscles when you run? Check out my newest video where we go over what muscles are the most important when we run, what muscles get overemphasized and how to make sure you are targeting these areas with your strength programming.

Find out more about the Cinder Block Series at https://loom.ly/nFeLLMw

Hi, I’m Nathan Carlson, owner of Runningmate Physical Therapy. And on this episode, we’re going to answer the question, what muscles should you be using the most when you run? If there’s one topic that I’ve been asked about the most in my time as a running coach and physical therapist, is am I using the right muscles when I run? And a lot of times this is a runner that comes in that’s very concerned that they don’t use their glutes enough. They’ve been told that they don’t have the right motions when they run, maybe their arm is out to the side, maybe their leg is going sideways, but they’ve been told by someone, “Hey, you don’t look like you’re using the right muscles when you run.” And because of this, I come in with a lot of people taking many different strategies towards what they should be thinking about when they run.

So that’s the idea behind this video is to really answer the question, what muscles should we be using while we run? Now unfortunately, there’s a lot of misinformation on this specific topic, whether that’s internet articles, videos, or the opinions of different coaches or clinicians. There’s many different thoughts on what you should be doing or thinking about when you are running. And a lot of this comes from assessments that people put runners through to tell them that they don’t use a certain muscle enough, or they’re not using it in the right order, or various other explanations. But what does the literature actually say on this? So today I wanted to examine a study by Dorn that was done in 2012, that examined this exact question. What muscles do we use when we’re running?

So in this study, they divided the runners into two separate groups and they had them run at four different paces. So they had them run at a slow pace, a medium pace, a faster pace, and finally an all out sprint. And they examined them to figure out what muscles were being used the most and how that changed at those different intensities. And when we look at the data of this specific study, we can really divide the study into two separate categories. So what our muscles do when we run at a slower pace, in this study it was below 7:40, and what happens when we run at a faster pace, again, faster than 7:40 pace. And what we see is that we run at those slower paces the area that does the lion’s share of the work is our calf. As we start to work at those faster speeds, we see how the hip flexors and the hamstrings, as well as the lateral hip starts to take more of the load.

So if we can boil this study down into a few key points, we see that the muscles that work the most when we’re running are our calves, and as we get faster that load starts to get up closer to our hips, so our hip flexors, our hamstrings and our lateral hip. And an important thing to think about when we’re examining these findings, these runners were not given anything to think about. This is what their body naturally did, and it shifted as we got into different speeds. And this is exactly what we see when runners are running out on their own. When we highlight this, we have to remember that this stuff happens on its own. Everybody is a little different. People’s running mechanics are going to differ based off of their anatomy, previous injuries that they’ve had, and a whole host of other factors that we don’t know about.

So when we’re looking at runners running, or when we’re giving runners advice on what to be thinking about when they’re running, it should generally be to let the body do what it wants to do. I can actually make the argument that if you’re actively thinking about squeezing a certain muscle, tightening an area, or using another muscle less, you’re probably going to become worse as a runner. You’re probably going to have a worst performance, if you’re in a race. When you’re running, I want you thinking about running, getting to the finish line as fast as you can, or getting the desired effect out of your training session for that day. It shouldn’t be about thinking about squeezing a certain muscle, or doing something very specific with your mechanics.

What do the glutes have to do when you run? Their main job when we are running at a slower speed is to maintain our pelvis in a level position. We see when runners run, there’s going to be a little bit of a pelvic drop. So we’re going to see someone’s hip drop from side to side a little bit as they’re running. That’s normal, but our glutes help so that’s not excessive. We want to think about keeping that nice level pelvis. Another job of the glutes is to extend our hip, and most runners are told that the glutes main job is to extend that hip behind them. Again, if we look specifically at distance running the glute max and that job of getting a lot of hip extension is largely not that big compared to what the rest of the muscles have to do. So the main job of the glutes when it comes to distance running is to keep our pelvis level

Now, if we look closer at key muscle number two, the quadriceps, our quads have to help dampen the load of running. So when our foot goes to hit the ground, the quads allow our knee to bend in a controlled manner. And they have to do quite a lot of work because that is happening every time your foot contacts the ground. So we definitely want to make sure that someone has good quad strength. And finally, as we move to key group number three, the calf, our calf’s job is to help dampen the load around the ankle. So it’s going to help us decelerate our shin or allow that shin to come forward in a controlled manner. It’s also going to help us create a lot of tension in our foot and around our ankle to allow ourselves to spring forward. And it’s why it’s the muscle that does the most work across that speed spectrum.

So what do we do with all this information? We need to remember that the three key muscles of distance running are our calves, our quads, and our glutes. And then we need to focus on thinking less about what they’re doing specifically and focus more on getting them strong in the weight room. So to wrap up this video, I wanted to highlight my three key exercises for these specific areas. How do we focus on getting our quads, our calves, and our lateral hips strong because we know that they have to work a lot when we run? And if you’re interested in learning more about this, definitely check out Chris Johnson and my’s recent resource, The Cinder Block Series, where we developed three strength and conditioning programs based solely on a cinder block that target these exact areas.

Thanks again for watching. If you have any questions, feel free to comment below and have a great rest of your day.