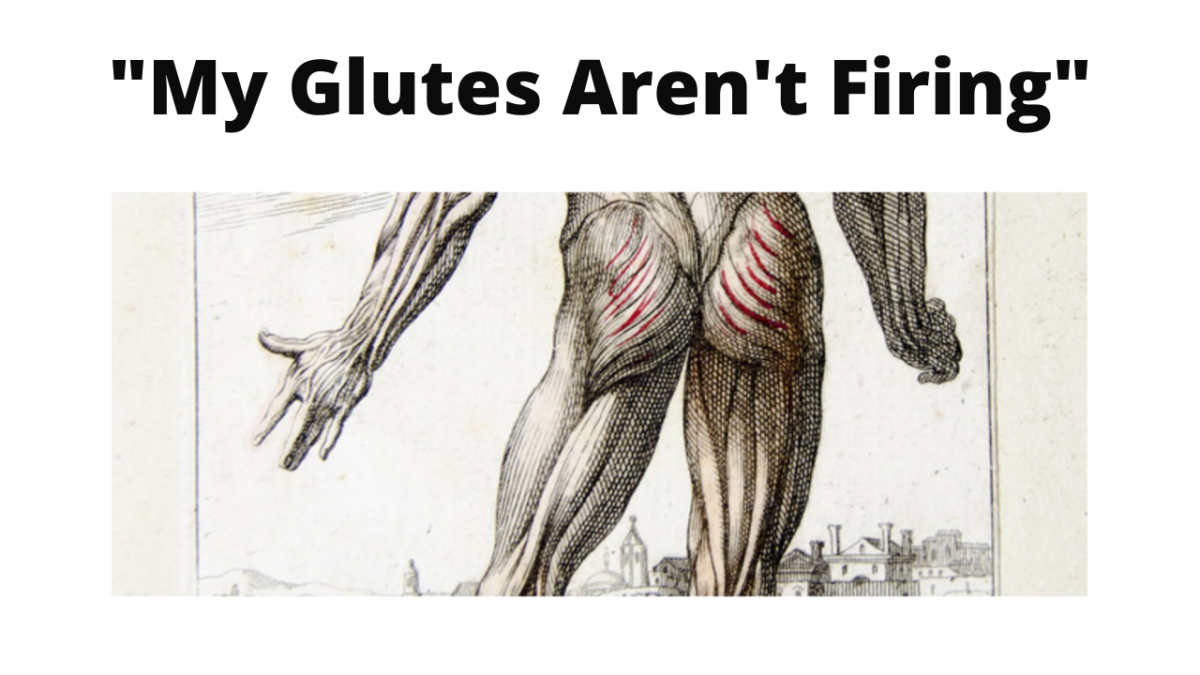 Health care providers regularly tell runners they have a plethora of problems. They aren’t flexible enough, run with a heel strike, and don’t have weak glutes. They’re lucky even to be standing!

There are a lot of misconceptions as to why runners get hurt. For most injuries, these things happen when a runner overreaches within training.

Our body is pretty good at adapting to the stresses placed upon it and adjusting accordingly. Maybe a runner adds mileage too quickly, doesn’t allow adequate recovery between training bouts, or pushes the intensity quicker than they were ready.

When it comes to muscle function and running, it’s important to remember that muscles do not act in isolation. Our muscles largely work as a cohesive unit. The image below displays a study by Mann et al that looked at muscle function during various running speeds. As you can tell by the chart, there isn’t one muscle that reigns supreme over another. Let’s specifically look at the gluteus maximus and medius. Their activity time is low compared to many other muscles of the lower body.

Can we even assess how a runner’s glutes function while running?

Here is how most practitioners test glute function.

They have you lay on your side, raise your top leg, and try to push your leg to the table. While these tests might give me a window into where to start progressive exercises with a patient or client, they tell me nothing about an individual runner’s mechanics or muscle function while running. When a runner displays a “weak” muscle or fails a specific test, it doesn’t tell us how they run or how their muscles function during running.

Can I tell a runner’s glute function by watching them run?

I have no idea how to determine if a runner uses their glutes more or less than average. I would assume if they can stay upright and not fall on their face, their glutes are fine. A runner might display a lot of hip drop, crossover, medial/lateral whips, vertical oscillation, and a million other “dysfunctions” or “inefficiencies.” I really can’t boil that down to a specific muscle.

Well-meaning health care providers regularly tell runners their lack of hip extension during running shows they don’t “use their glutes enough.” The thought is because a runner isn’t going through an extensive range of motion, there is a problem. Truthfully, most of the motion allowing a runner’s leg behind them is from the pelvis and not the hip. Just because a runner is not going through a large range of motion, does not mean they are using a certain muscle more or less.

Would I like all the runners I work with to have strong glutes? Absolutely! I want them to have strong everything. But putting too much emphasis on the function of a single muscle is a receipt for failure.